Tensions in Urban Space
This thesis project examined theories and practices of migration in Dutch urban space and observed that two tensions can be recognised. First, there is the tension between the dynamic nature of migration and the rigid, institutional and governmental practices offered as solutions. Second, a tension can be noticed between migration as a constant phenomenon in the current city, and the temporary quick-fix housing options developed for migrants. The diverse flows of migrants to the Netherlands are primarily taken as temporary housing problems. This leads to exclusion and missed opportunities and results in a monoculture that can be considered negative for urban space. Consequently, if refugees, asylum seekers and other migrants have to be really integrated in our cities and societies a more diverse, long-term, urban approach is needed. In other words, migration is a complex and pressing spatial challenge that has to be (re)considered in its political atmosphere.

Future Perspective
Due to predicted effects of climate change and acceleration of population growth in Africa, many more migrants are expected to come to Europe in the immediate future. In 2015, 65.3 million people were forced to leave their homes (United Nations, 2015), and by 2050 it is calculated that this number will increase to approximately 200 to 250 million, only due to the effects of climate change. Water will become a permanent source of conflict and forced migration. Besides, the United Nations Population Division estimated that the population of Africa will rise from 1.1 billion today to 2.5 billion in 2050, and 4.4 billion in 2100. The majority of migrants will move to cities or camps within their own region. But even if only a small percentage of these people will migrate to Europe, the number of migrants will be much higher than the amount that the EU is dealing with today. Therefore, it becomes important to rethink the absorption capacity of urban space and explore ways to better organise migration in the contemporary European city. In this project, I investigate the current spatial implications of migration in The Netherlands and developed a variegated, long-term approach to address migration in Dutch urban space. My particular focus is on the role of public space as a site for encounters, interactions and negotiations between newcomers, temporary inhabitants and permanent citizens. I argue that in order to create places that are better equipped to deal with demographic fluctuations and change, a development strategy is needed that can build up porous, diverse and resilient urban spaces.

Case Study: Former Prison Complex and Area
The location for this study is the former prison complex Bijlmerbajes and surrounding area in the city’s fringe of Amsterdam. From August 2016, the Bijlmerbajes, is housing up to a thousand asylum seekers. Next to this complex from the 70s, international students are living in a container village made of 1000 recycled and stacked shipping containers. Adjacent to the village, a semi-industrial complex is situated. The area is part of the zone next to the ring road A10, where the Amsterdam authorities started with the construction of 50.000 houses, which will continue in the coming 7 years. Especially now that the Dutch capital is growing, filling up rapidly and transforming even the city’s fringes into high-end residential zones, it becomes even more important to consider the future absorption capacity of the city. Amsterdam could otherwise soon be saturated, leaving no place for future arrivals or change. Since the Bijlmerbajes and area will be in transition in the coming years, this is a good site to experiment with an alternative approach to deal with migration, while at the same time examining possibilities of transformation and densification of this area.

Organised Public Space
The project proposed to (re)open the former prison complex and to (re)create a Hotel City – according to the inspiring ideas of female architect Koos Pot-Keegstra – where newcomers and temporary inhabitants can be received and prepare their integration into society. The ‘empty’ area next to the former prison complex is transformed into an experimental area with a lot of freedom where companies, institutions and individuals can rent, lease and develop space. For these spaces, different development scenarios (public/private) have been created depending on various stakeholders.
The two zones (prison and empty area) are connected by a grid structure of public space and can together function as free-zone for experiments with new social and economic policies and practices. In this way, a place is carved out where newcomers, temporary inhabitants and more permanent residents of Amsterdam can together and actively become part of urban space. The intervention of a grid public space connects temporary stay and use with more long-term developments and permanent structures.

Conclusions
On the one hand, this thesis can be seen as a visionary project, inspired by the fundamental ideal of the Bijlmerbajes aiming to foster integration and transition of migrants into city and society and vice versa. On the other hand, the proposal offers a series of realistic and pragmatic design ideas and suggestions based on existing European policies and reference projects, that can be used as a quick-start for debate to reconsider migration in today’s political atmosphere.
The most important insight of this research and design project is the idea that temporariness and permanence need an organised public space to manage demographic fluctuations and change. The grid provides a flexible structure. Even though people come and go and might only stay for a short time, they need to be accommodated in a complex and diverse public space, which as such contributes to the city as a whole and long-term creation. Thus, temporariness presupposes stability, and the other way around. 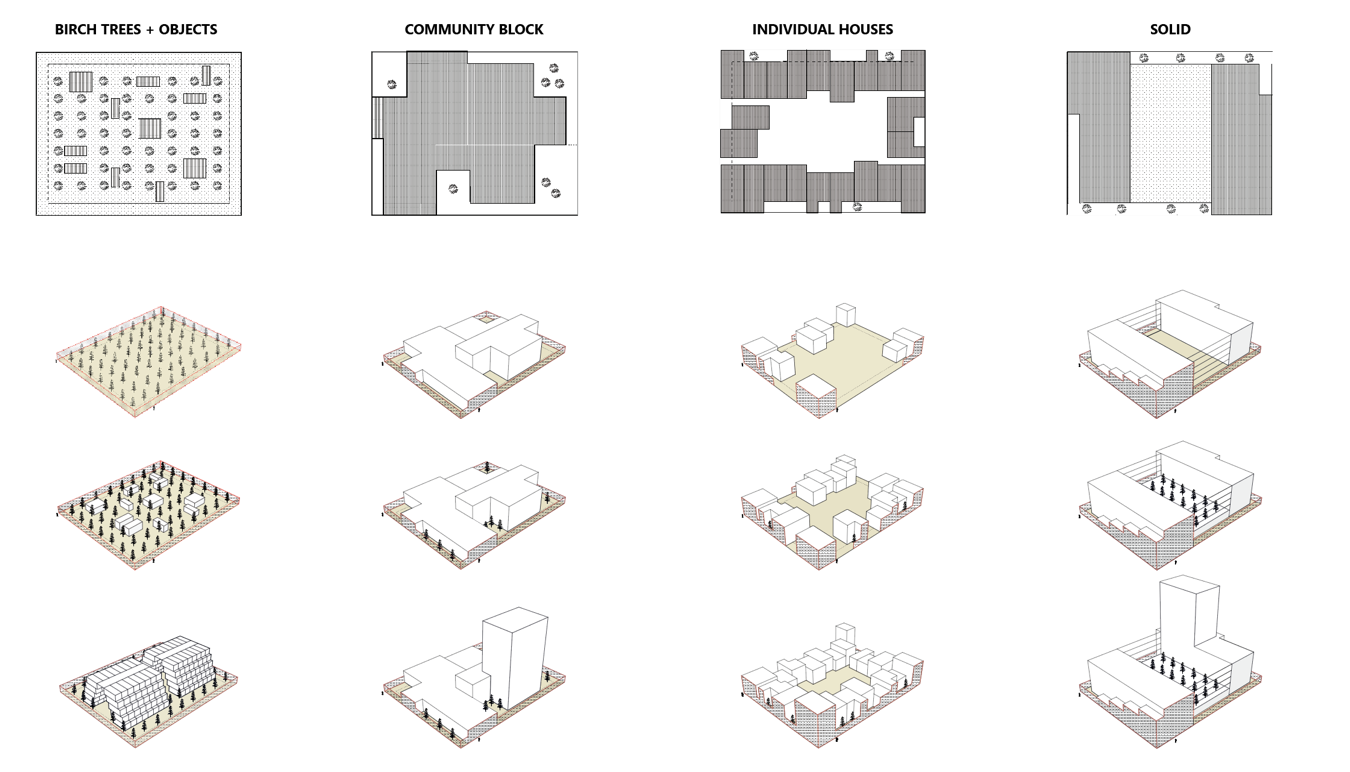